OCIO Home / Blog /To My Team, Navigating in Times of Uncertainty

To My Team, Navigating in Times of Uncertainty

I recently had a conversation with Governor Ricketts regarding the actions we would be taking in response to the implications of COVID-19 at the State of Nebraska. From the enterprise Technology perspective, I stand by what I told the Governor last week, we are prepared to support the Agencies who serve the Citizens of Nebraska. Our conversation then turned to a reflective nature, as we both remembered our mutual work experiences during the events surrounding Y2K and 9/11. Thankfully, Y2K turned into a non-event, but on 9/11, we both worked at Ameritrade, and the event affected our organization on all levels. Writing this, I realized how my perception has changed in hindsight, I remember the wins our team worked for that got us through those challenging and uncertain times together. 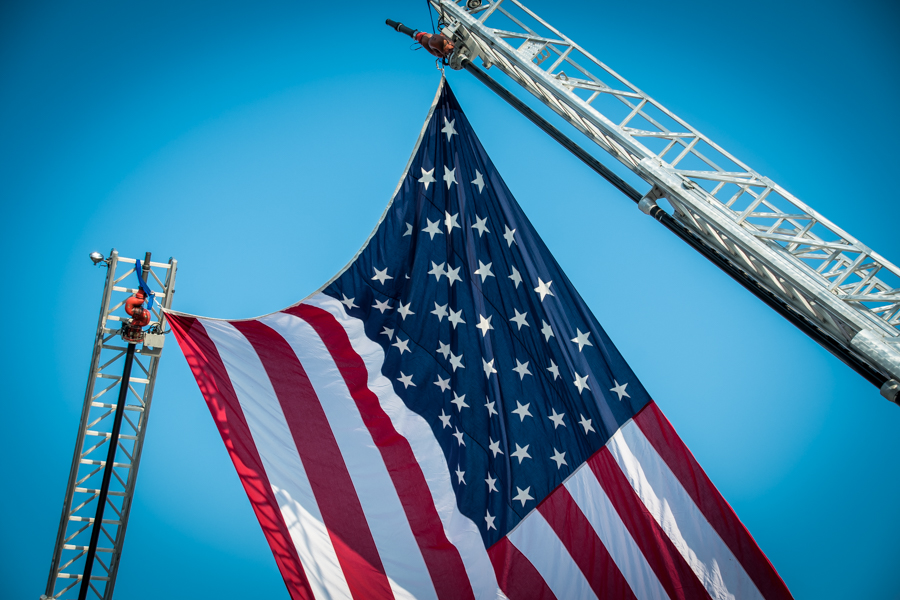 In 2001, we had just merged with another on-line brokerage firm, which was located across the Hudson from New York City in Jersey City, NJ.  From the Jersey City offices, we had a beautiful view of the Statue of Liberty and the Twin Towers.  I was part of the transition team and traveled to Jersey City often. I had just returned from a trip to Jersey City the week prior to 9/11 and was working out of the Fort Worth, TX Ameritrade office.

I arrived at work on Tues September 11, 2001 around 7:30 AM.  The monitors around the office aired the business channels as we prepared for the upcoming day in the market.  Just after 7:45 AM CST a group came into my office with the news of the American Airlines plane striking the north tower of the World Trade Center.  We initially thought it had to be a tragic accident.  We found out quickly, it was not an accident.

The impact was immediately personal to us. From the first moment we figured out what happened, we thought of our teammates, especially those who were in Jersey City working on the merger.  Then we felt the impact shared by most who worked in the finance industry during that time. As a country, those who witnessed the event experienced it in their own personal way, the people living in the area, as well as the ones watching the tragedy unfold on television.

Shortly before market open, we received notice that the New York Stock Exchange (NYSE) was delaying their normal open at 8:30 CST.  Then the second plane hit and we were notified that the markets were closed and NYSE remained closed until the following Monday.  In my department, our team focused on repairing the damage caused to the technology infrastructure; several trading, brokerage, and financial firms had offices in the World Trade Center. We began to contact the various Market Makers that conducted our transactions.

I remember the momentum of the technical focus, there was a lot of work to do, which was a welcome distraction from the other news that surrounded us.  Our teammates rented cars, and drove from New Jersey, back to Omaha hoping they would safely return. The first-hand accounts from our coworkers who had witnessed the towers falling from across the river presented us with somber discussions. We started predicting what the fallout may be if we could not resume trading, and we feared that people would lose faith in the markets.

Monday, September 17, the market opened, and I remember the elation I felt when no noticeable technical issues came up. I remember feeling proud of our team, and the relief that the technology had worked. Despite our relief, on the first day we resumed trading, the NYSE had a 7.1% decline and the NYSE recorded its biggest one-day loss in history. At the close of trading that Friday, the Dow Jones was down almost 1,370 points, representing a loss of over 14%. We were still in the throes of surviving the Dot-com bust, and at the time I felt it could not get any worse than it was right then.

Memories are kind.  Like 9/11 and the months following,  the economy will recover, life will get back to its normal routine and we will be able to look back and feel proud of keeping the State of Nebraska open for business during this very stressful time.

Thank you for your hard work to support our customers and the State of Nebraska, over the last two weeks, and every day.