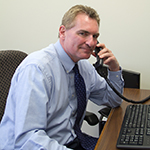 My first week as the CIO, I have two themes for this introductory entry in my blog: Communication and Loyalty .

Most of my first week has been spent getting to know the OCIO leadership team and other agency Directors. I have surprised a few folks by stopping by their workstations or while standing at the elevator and asking what their responsibilities are and how things are going. I will continue this practice so don’t be concerned. Communication is essential to any organization, and it works best when it is bi-directional. I want every one of you to feel comfortable to communicate your thoughts and ideas, not just listen to mine. 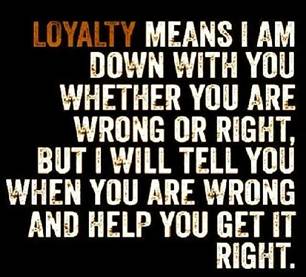 In my discussions with people inside and outside of the OCIO I have been asked a similar question, “Are you going to wear Red during football season?” Obviously trying to determine my loyalty to the Huskers versus the Aggies. These conversations started me considering the concept of loyalty: what engenders loyalty? What qualities are necessary to maintain loyalty? After all, people want to be loyal to a person, cause, or organization that deserves loyalty.

Thoughts on how to build loyalty:

And finally, about that Husker Red on Friday.. I will be sporting a kind of red:...I will be wearing Texas A&M Maroon….but I will have the courage to admit that I could be wrong.